United Parcel Service delivery people are trained to knock on the door instead of ringing the bell. Why? Because doorbells don’t always work and waiting for someone to respond to a defective bell wastes valuable time. UPS drivers only exit from the right side of their vehicle and make deliveries on the right side of the street. Why? Crossing the street leads to accidents and potential injury or worse. They've thought things through. 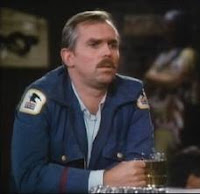 There’s an old joke, what’s the difference between the post office and the shoe store? ...The post office has more loafers.  For sure there are some hard-workers in the USPS, but it is this perception that fuels the public’s contempt. It has only been over the last few years the postal service stopped turning a blind eye to competition. The postal service instituted changes to service (and politeness) when they realized that they were losing not only the battle, but the war. FEDEX, UPS and moreover, email has put a cramp in their once monopoly of message delivery.  Failure to react, and adapt to a changing environment has led to their downfall. In many ways they failed to look at what works efficiently. Okay, having to feed an annual pension fund of $5.1 billion hasn’t helped – an expense that will unfortunately fall to the taxpayers at some point, not stockholders as it would in a corporation. The postal service now has debts of over $11 billion. That’s enough to make clear thinkers go postal.

It’s true the United States Postal Service has a laudable history that built a nation.  BenFranklin had a clear vision and the pony express riders enacted it. It was realized early on that getting information to people in a timely manner was vital to society and developing commerce. Technology and effectiveness has outstripped the long standing ways (and commonly held beliefs) of doing things. A kaleidoscope of opportunities are now available to message-senders from texting to overnight delivery by big brown… inter alia.

A colleague once emailed me that he had six pages of printed information that he needed to send. “I’ll fax it,” he said.

“Fax is down. Scan it and email it,” I replied.

“I don’t have a scanner.  I don’t know how I am going to get these forms to you.” He was now on the phone dizzy with panic.

“Why don’t you just stick it in an envelope and mail it? Better yet, drop it in my mailbox. You’re only five blocks away.” He had never readjusted his thinking on efficiency, or common sense.

Many point to technology as demise of printed books. Like email, ebooks and ereaders haven’t changed the message, only the way it is delivered. Bookseller giant Borders shrugged at ebooks years ago, saying it was only a passing phase. eBooks weren’t the only reason they folded, but it was one of the reasons. Borders did not embrace ebooks as others had and took too little action too late. Those who do not evolve, perish.

When adversity challenges your position, analyze the basics, revisit efficiency and keep it simple. Learn how to knock.

Thanks for reading. Please visit www.tomgahan.com
Posted by Unknown at 4:51 PM